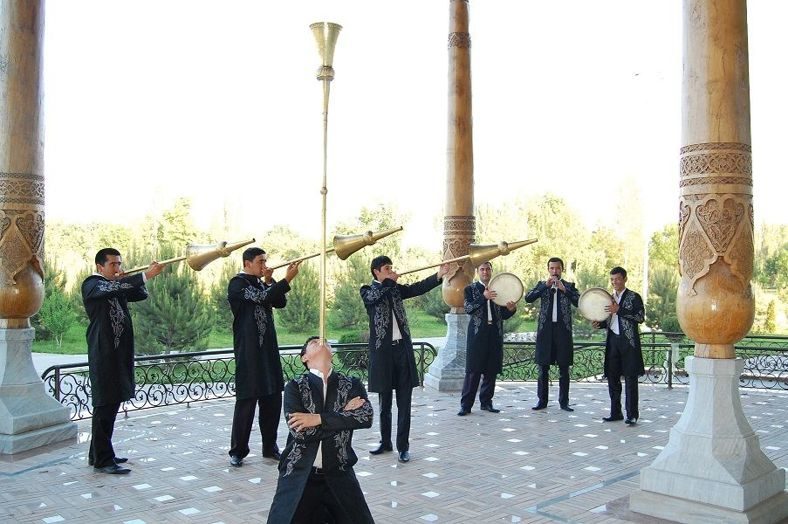 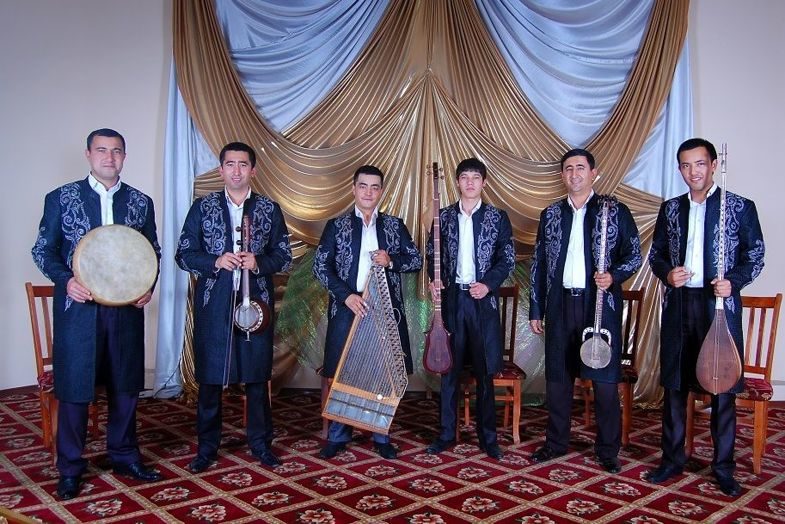 “SHODLIK"
The group “Shodlik” was established on 1 May 2005 to introduce the art of the Uzbek national musical instruments - such as the karnay, sournay, nogora and doira - to the rest of the world. The instruments played by group of “SHODLIK” were used by the group's ancestors. These instruments called people to celebrations, weddings and holidays. The doira is played at parties - it is difficult to imagine Uzbek dances and songs without a doira, which is circular and made of different woods and leather. It is played with the fingers. The nogora is made of porcelain and is also coated with leather. It is played with sticks. The karnay, played since ancient times, is traditionally used to call people to wedding parties and holidays. It is made of copper and consists of three parts: the 'dahana', 'miyoncha', and 'kaba'. The surnay is also an ancient instrument played during holidays. It is made of different woods and looks like a pipe. “Shodlik” group consists of up to ten people: four play the karnay, four play doira, one plays surnay and one nogora. Seven members of group “Shodlik” appear in Trumpets!.
Certificates, letters of thanks 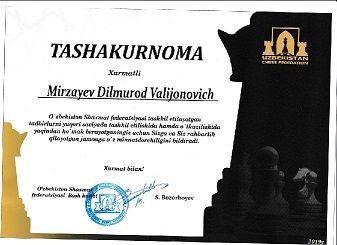 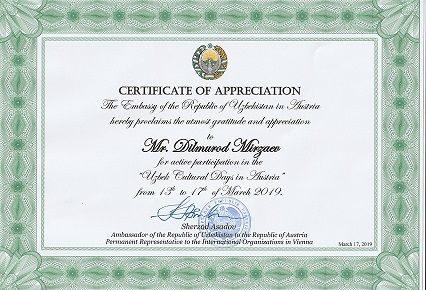 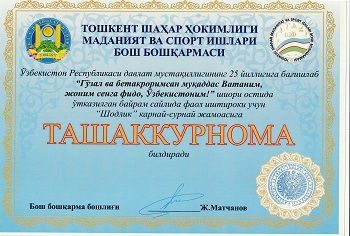 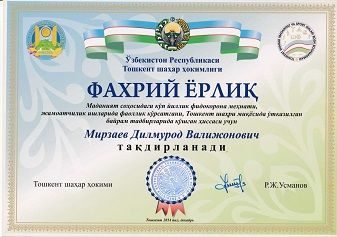 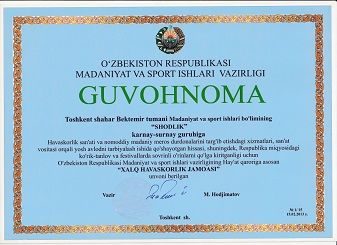 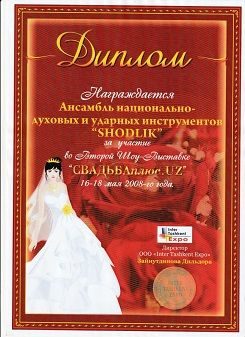 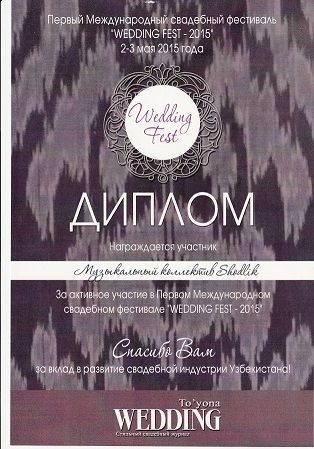 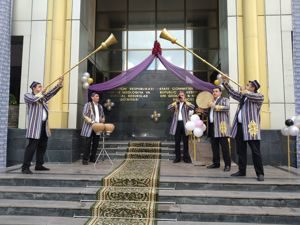 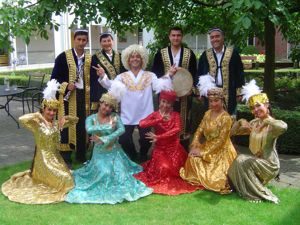 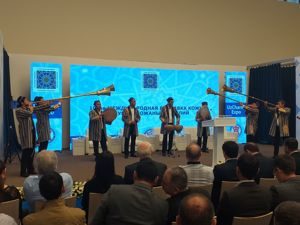